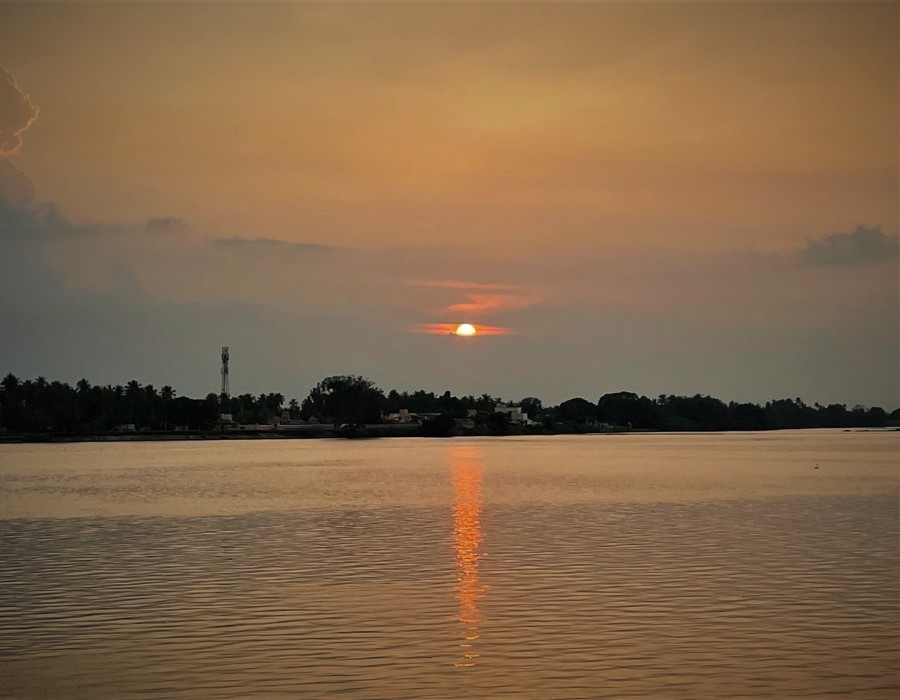 This was originally published in http://www.moneycontrol.com on 1st January 2023

Have you seen Ponniyin Selvan Part-I? If a picture is worth a thousand words, then a film is worth at least a million. No words could convey how wealthy and mighty the Cholas were as well as the film’s lavish sets do. What lay behind this stupendous wealth? The film’s title provides a clue: Ponni is the Tamil name for the river Kaveri, and while Selvan means son. But Selvan can also connote wealth or a wealthy man. So, Ponniyin Selvan could mean the son of the Kaveri, or Kaveri’s son whose wealth derives from the Kaveri. In either case, this title, given to one of the greatest kings of India, only highlights the importance of Kaveri’s water in creating the wealth of ancient Indian empires.

The paean to water doesn’t stop with the title. Indeed, the opening scene of Ponniyin Selvan (the book, and the song, Ponni Nadhi in the movie) sees protagonist Vandiya Thevan riding along the Veera Narayana Lake in early August, gazing at the people celebrating Aadi Perukku, a festival where village folk welcome the river water and pray for good harvests. Why are the lake and river so prominently featured in this story? The annual rainfall of the region is less than 1000 mm – far too little to grow rice. The Veera Narayana Lake (now known as the Veeranam Lake) was built by an earlier Chola emperor to capture and store the seasonal waters of the Kollidam. Such lakes were a ingenious irrigation technology that allowed agriculture to flourish and thus delivered the wealth and might of the Chola Empire. Without the river and lakes working as a system, the Chola’s wealth would have not existed. Hence the importance to river and the lake.

Another example of ancient water engineering is the anai or check dam. The Kallanai, or the Grand Anicut, is a weir built on the Kaveri near Tiruchirappalli by Karikaal Cholan in the second century. The Kallanai is built just where the Kaveri splits into the faster, steeper Kollidam River and a meandering River to the south, which retains the name Kaveri. Ancient Tamil engineers needed the Kaveri’s water to irrigate lakhs of acres without letting that water stagnate over the flat delta. They needed to prevent silt from accumulating in the slower branch and ensure the faster branch carried more water during periods of high river flow. This was quite an ask, and the Kallanai was their answer.

What you see as the Kallanai today near Trichy is a travesty.

The original design of the Kallanai was pieced together after an extensive archival search by Chitra Krishnan, who wrote her doctoral thesis on tank and anicut systems in Tamil Nadu under Professor Srinivas Veeravalli of IIT Delhi. The original Kallanai, she found, was curved, making several waves from one end to the other, mimicking the action of water when crossing a natural shoal. The weir’s surface was sloped and notched to allow sediment to pass into the faster Kollidam smoothly. During periods of high flow, the design allowed the ‘extra’ water to flow into the more accepting Kollidam, while during periods of lean flow, more water was retained by the slower Kaveri River. The surface of the weir was smoothened with a fine chunam (a traditional plaster), which made it impervious to water but had to be renewed periodically. The anai worked by understanding and working with water currents and sedimentation processes, rather than trying to control them.

The Kallanai did its job and did it well for about 1,500 years. But in the eighteenth century, the region became unsettled precluding regular maintenance. Without maintenance, the Kallanai began to malfunction, with silt gathering in the Kaveri River branch and causing irrigation to falter in the Kaveri delta. That’s when the British were called in to repair the weir. The British approach ignored both the water dynamics of the river and the design philosophy or the effectiveness of local engineering. The British engineers levelled the anicut and smoothened the slope (both of which had previously helped with sediment and water distribution) and raised the height of the anicut. These changes failed reduce the siltation in the Kaveri branch. They tried adding under sluices to help the silt escape and built an additional dam upstream, which increased the flow of water into the Kaveri branch but eroded the riverbed because, now during floods, the excess water did not flow into the Kollidam. The British made a number of additional changes, including building regulators and dams to get the weir to a level of functioning that was roughly comparable to the far more elegant design of the Cholas.

Ancient India’s water infrastructure, like tanks and anicuts, were highly effective because they were based on a deep understanding of the facets of India’s water, like seasonality, and then worked with them rather than trying to control them. Indeed, that understanding, and importantly that philosophy of working with nature is missing today, leading us to crisis. Moreover, today, like the British, many of us undervalue Indian engineering because it looks so, well, low tech. Indeed, during an interview, a lady asked me which water tech excited me the most. When I replied, ‘Our tank system’, she looked crestfallen. Make no mistake, our ancient tanks or anicuts may not have IoT or Machine learning or blockchain, but you will have to search hard to find a technology better suited to managing India’s volatile and variable water than the humble tank or the kacchha anai. The Cholas, no fools, understood that. Will we?

(This article is adapted from my book: Watershed, How We Destroyed India’s Waters and How We can save them, published by Hachette India in November 2021)

One thought on “The Wealth Behind Ponniyin Selvan: The Kaveri and the Kallanai”